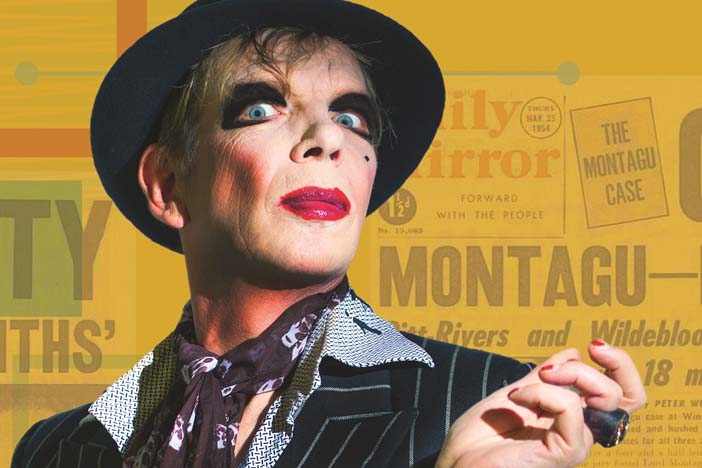 Performance artist and self-styled ‘anti-drag queen’ David Hoyle honed his stage act in the gay bars and clubs of Manchester, but tonight there is definitely something far more John Lydon about his performance. A few minutes into his show ‘Diamond’ he does a routine about a bigot at the gates of heaven. “I know of a young gay woman who self-harmed,” he screams, “and I did nothing to help. Why am I at the back of the queue?” He acts out the role of this angry Daily Mail reader with such passion that it becomes clear he is channelling a lifetime of rage. He falls to his knees. The veins on his forehead pulsate and flecks of spit fly from the corner of his mouth.

Abruptly, moments later, he leaves the stage and his backing dancers, a drag troupe called the Lipsinkers, shuffle on. Waving hospital crutches, they proceed to mime ostentatiously to the title track of the musical Mame. It might just be the campest, most hilarious thing we’ve ever seen. Thus we go from dark horror and pathos to roaring laughter in about ten seconds.

Such abrupt and jarring changes of tone are a hallmark of ‘Diamond’, which came to the Attenborough Centre on Saturday for the final date in a national tour. Is this a drag show or a cabaret? Is it autobiography or history, stand-up comedy or political polemic? All of the above and more. 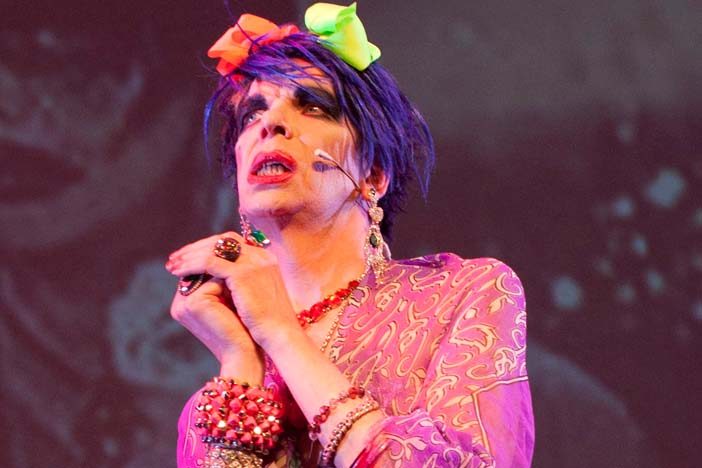 David Hoyle was well known in the 90s for Divine David, a confrontational drag character who hosted two series on Channel 4. After retiring his Divine alter ego, Hoyle went on to appear in film (Velvet Goldmine), cult comedy (Nathan Barley), and most recently popped up in the video for Morrissey’s comeback single ‘Spent The Day In Bed’.

‘Diamond’ tells the story of 60 years in the gay civil rights struggle, via a loose narrative which weaves in and out of Hoyle’s own life story. Aged 55, our narrator is almost as old as the story he tells. He walks us through partial decriminalisation, the AIDS epidemic, Section 28 and on into recent times. His presentation style divides itself fairly evenly between restrained, arch humour and livid, red-faced raging punk invective about the establishment (neo-liberalism being his main target).

His conclusion, it seems, is that the high-camp fabulousness of 80s gay clubs and the hollow despair of growing up amidst religious bigotry are just two sides of the same coin. He invites us to imagine pouring a bottle of vodka off the edge of the Grand Canyon. This, he explains, was the futile exercise he went through every night trying to fill the ‘psychic wound’ his religious upbringing had bestowed on him. The message is clear: the drag persona upon which he founded his career was forged in some very dark experiences of bullying and loneliness.

It could be bleak and self-pitying stuff – but it’s not. This is a show driven, it would seem, principally by love for other people, anger that so many in the world continue to suffer from prejudice, and hope that things can and will continue to improve. Our narrator is intent on waking us up. He’s on a mission to tell us how far we’ve come, while warning against complacency, political inactivity and the shallowness of the contemporary, counsumerist gay experience. By the end of the show this audience, an admittedly slightly reserved and nervous crowd, seems universally enraptured by the whole experience.