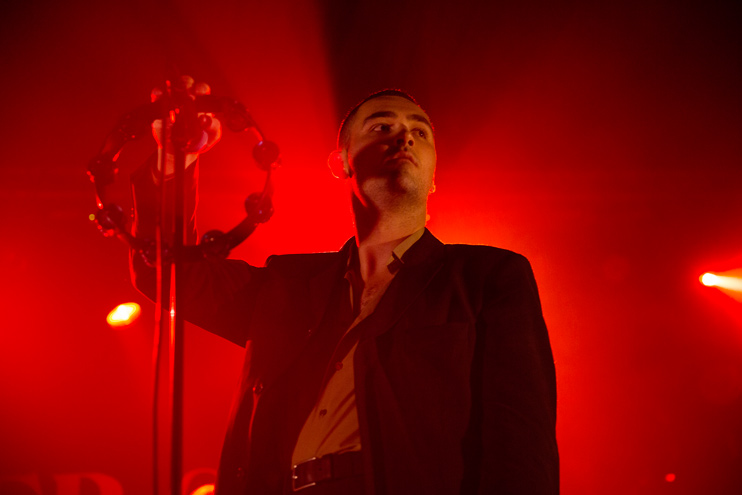 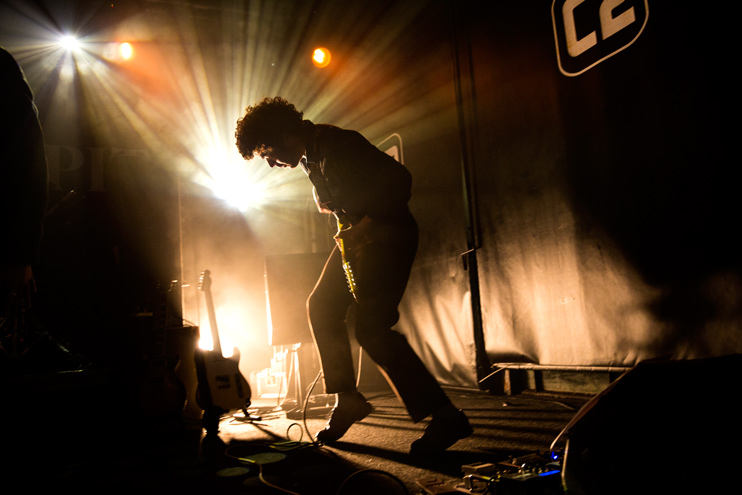 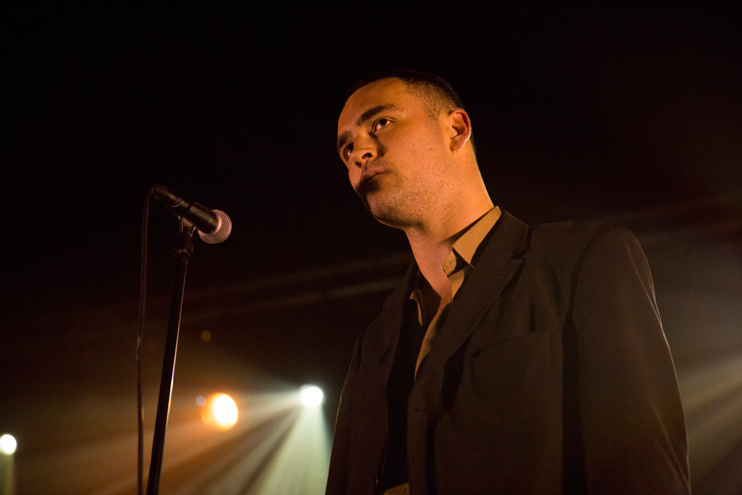 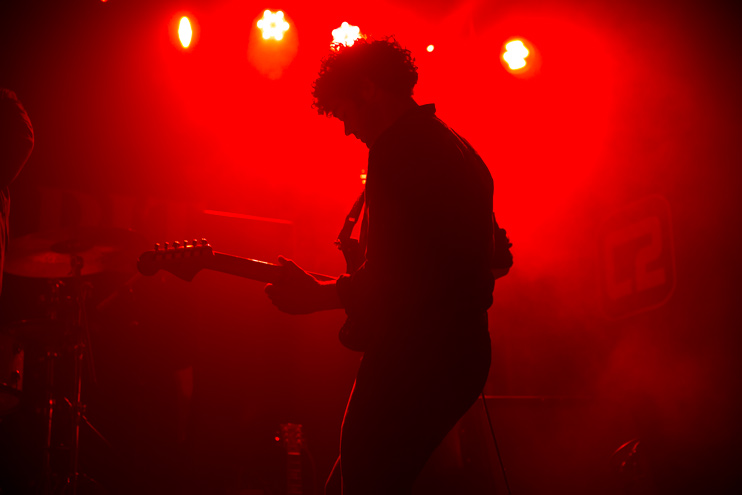 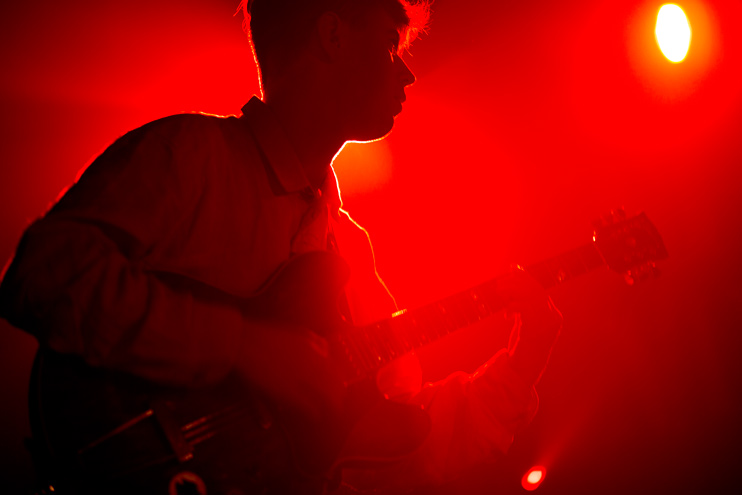 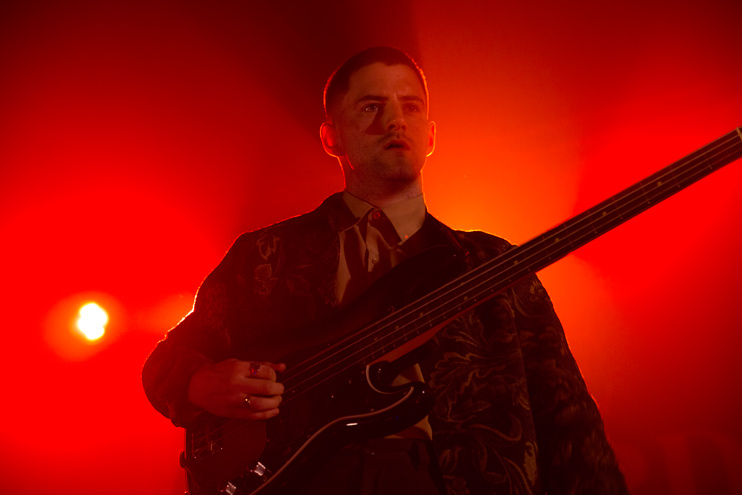 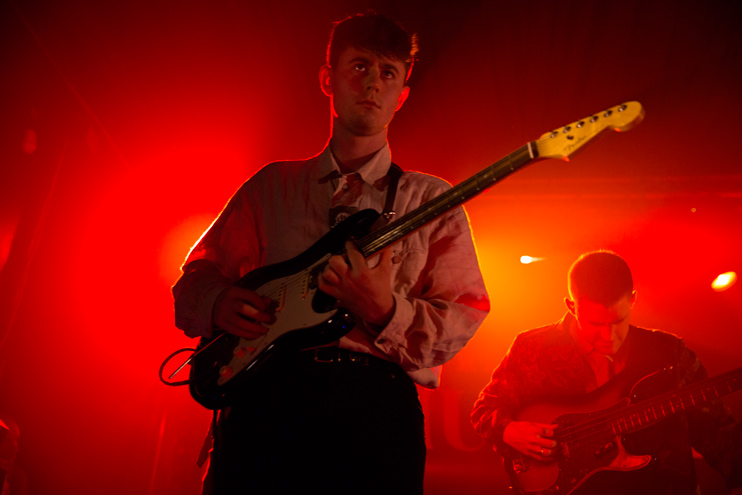 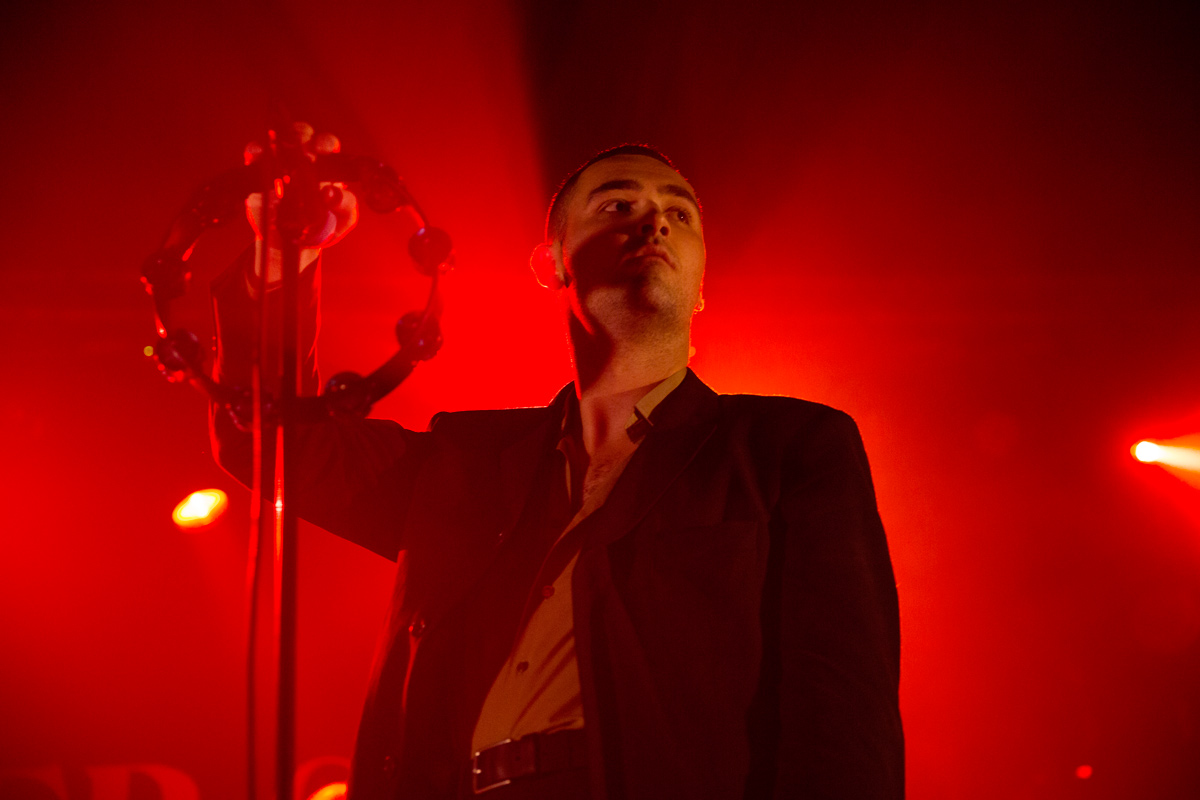 In the last couple of years there’s been some cracking post-punk bands coming out of Ireland like Fontaines D.C., Just Mustard and Dublin’s The Murder Capital who played a sold-out show in Brighton.

Before we get to the main event it’s worth mentioning Brighton’s very own trio Happy Couple. They play a fantastic set which reminds us in parts of Sonic Youth and My Bloody Valentine, with touches of more experimental acts like Girl Band or Daughters. Live, they are energetic and lock into an almost trance-like state, as their summer festival appearances also showed.

The Murder Capital open with ‘Slowdance I’ and ‘II’ – making it immediately clear they are a very tight unit. With bass and drums so closely meshed the guitarists Damien Tuit and Cathal Roper are free to create textures drenched with reverb and delay. Vocalist James McGovern has an odd balance of swagger and humility, a combination rarely seen in a frontman. He looks wired with purpose throughout and seems to have an unshakeable focus even when he’s crowdsurfing.

The band’s debut album ‘When I Have Fears’ is a phenomenal first effort; whilst you can trace all of their influences they somehow seem to craft something new that isn’t merely aping their heroes. Tonight we get nine of the ten songs from the album, but filling the whole hour is maybe a little hard this early in their career. However, we are witness to an infectious energy that bands only have on their first tours.

Having been upgraded from The Haunt the show at Concorde 2 is jam packed and a setlist this strong from a debut gives hope for the next album. Judging purely by the varied demographic of the crowd you can’t help but feel that it is the start of something big for The Murder Capital. Larger venues won’t be far in the future.