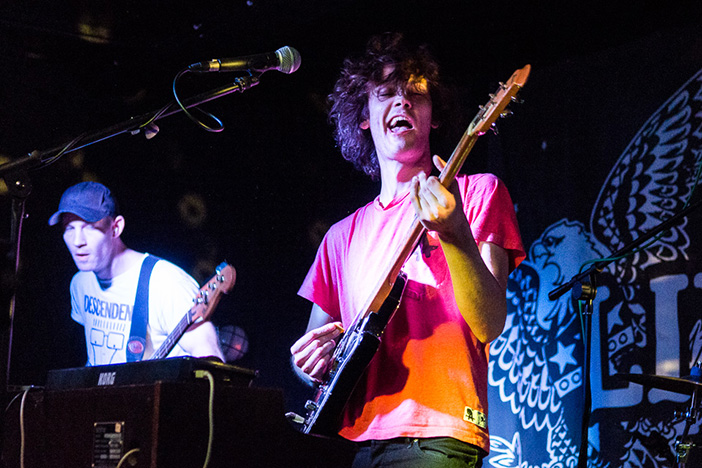 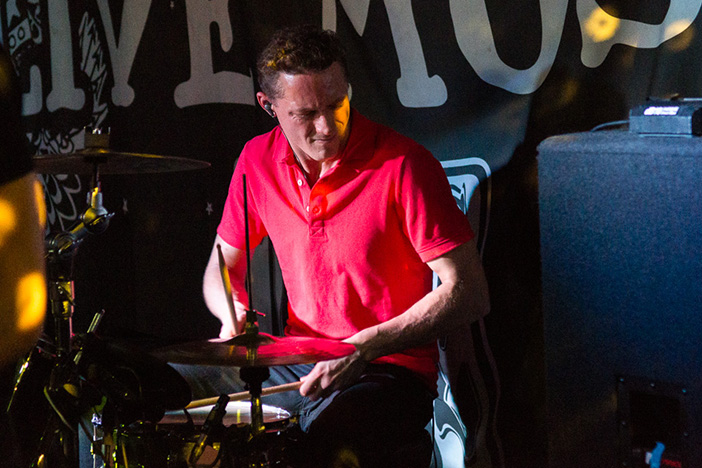 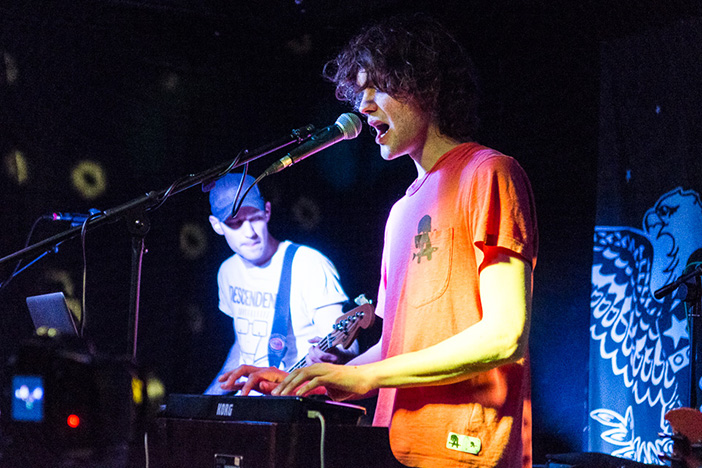 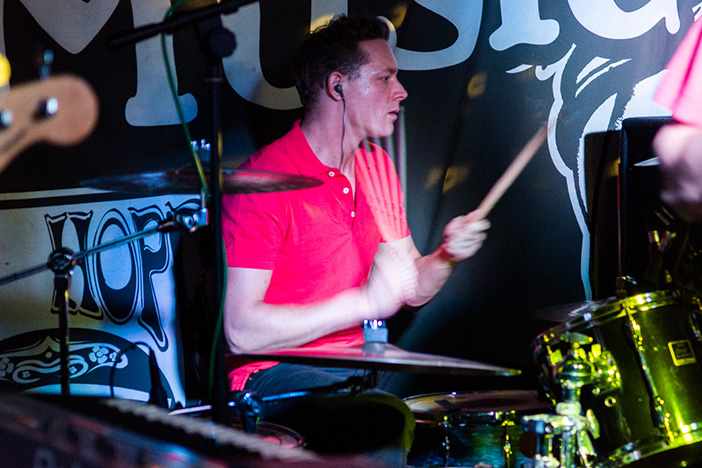 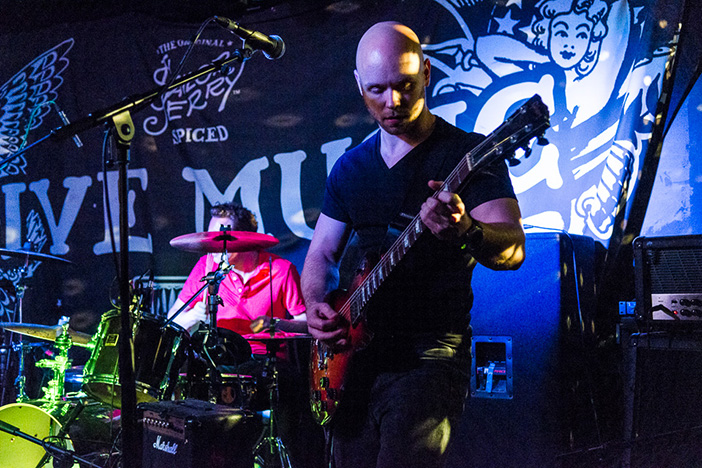 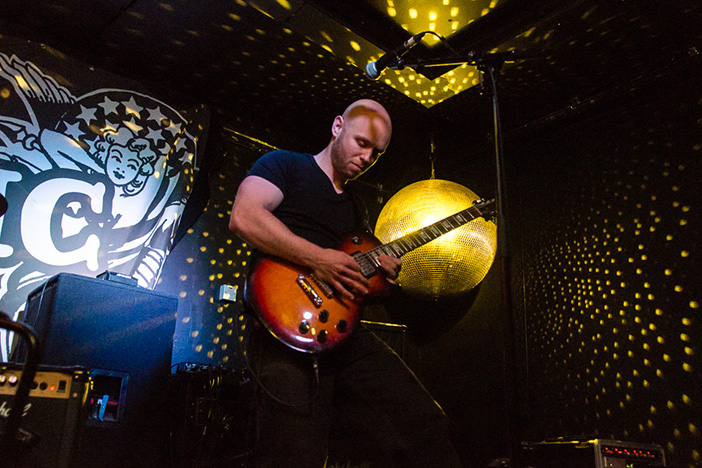 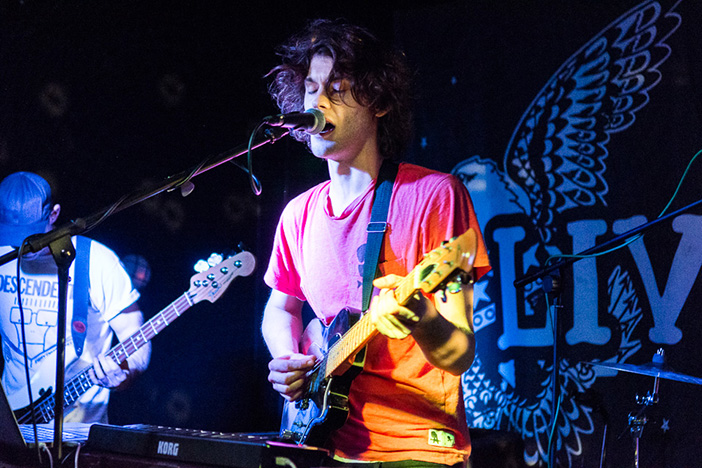 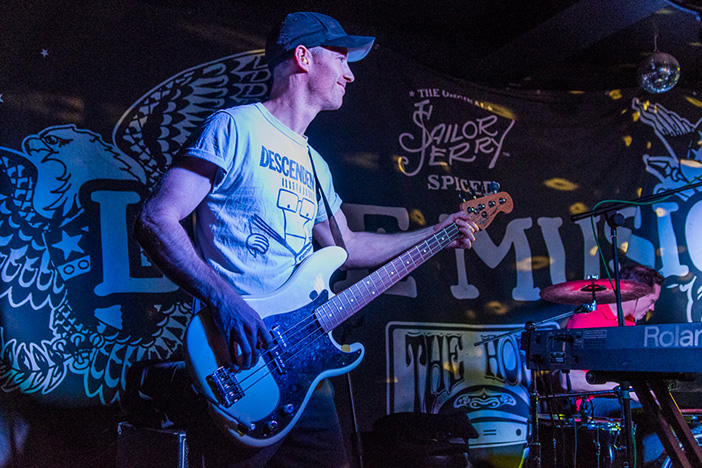 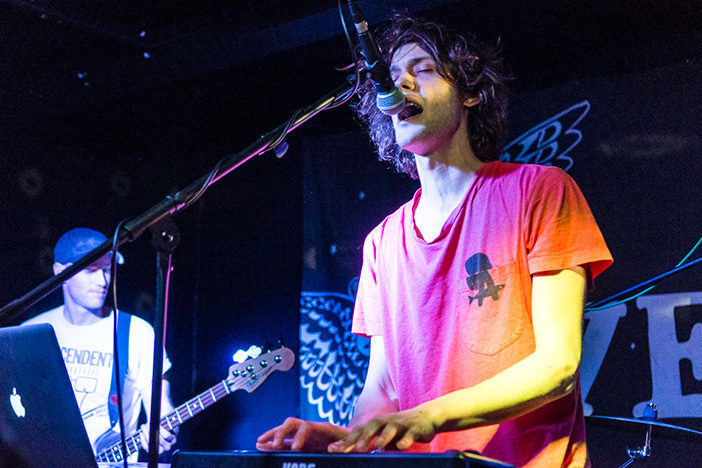 Lead singer and songwriter Christopher Kear has been pursuing musical projects for many years and this was an exciting chance to see the latest band ‘The New Tabloids’ showcase their debut album in full at the refurbished Hope and Ruin. A much more open and spacious venue than before, this provided a great setting for the show. Broadly describing themselves as electro pop it is the jangling guitars and solid drumming that enhance their sound, complimenting Christopher’s heartfelt lyrics and new romantic feel. Electronic beats are accented by bright keys and the live band adds a depth which creates a much more complete and engaging performance compared to the all too common laptop only shows. However the large disco ball bathed in golden light (see photos) to the right of the stage may have had something to do with it as well.

The New Tabloids, The Hope and Ruin, Thursday 2nd April.
Words and Photos by Mike Tudor

Mike is an experienced live music photographer whose work has appeared in The Guardian, The Telegraph, The Spectator and Uncut Magazine. He's been going to gigs for 20 years, expect to find him shooting and writing about rock, hip hop and late night electronic music.
← PREVIOUS POST
Moon Duo Review
NEXT POST →
Get On With It Festival Review
Mailing List
Recent Posts
Website developed in Brighton by Infobo
Copyright © Brighton Source 2009-2021
The New Tabloids Review - Brighton Source