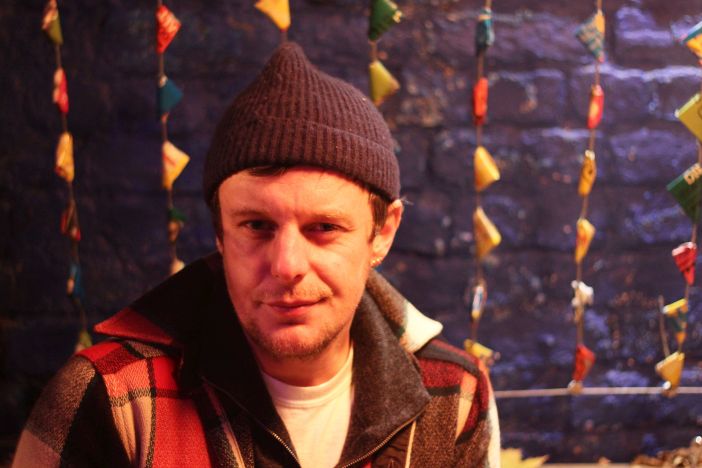 Interview with Jacob Richardson of The Sons of Noel and Adrian

Sons of Noel and Adrian, stalwarts of the Brighton scene and mainstay of the local Willkommen label, are about to release their third album ‘Turquoise Purple Pink’. Brighton Source met up with the band’s front man and main songwriter Jacob Richardson to talk about how they make their music.

How did it all start for you?
Sons started when I moved to Brighton in about 2006 with just three of us, myself, Tom (Cowan) and Will (Calderbank). Me and Tom had lived in the same town and been playing guitars together since we were sixteen.

So I joined Tom’s band Shoreline and there was a lot of crossover in terms of personnel. Everyone was doing their own projects as well so we went with whatever needed the most attention at the time and then we would move onto the next thing, which just happened to be another band, ‘Sons of Noel and Adrian’.

The first album came out in 2008, ‘Knots’ in 2012 and now the new one. That’s one album every four years which feels really slow.
It is really slow. But I guess it’s because we are more of a collective than a traditional brothers-in-arms band and everyone has other things. There are bands now outside of the circle who are doing really well so people have to go with that, which is hard. It’s really cool but it puts the brakes on everything!

It’s all changing. I used to work with a warehouse in Lewes where there was a great communal space, where bands could rehearse, we could put on gigs and club nights. Now they just want to turn it into a car park.

Artists need cheap spaces. It seems like you have to be in a privileged position to be in a band nowadays. When I first started I didn’t have any money or a job and it was a real struggle. So you get a job, earn some money, buy some instruments, take some time out. But the musicians I know who have been successful nowadays have had some real resources behind them, even the really good ones.

At some points the band has been 12 to 15 people strong. Who’s in it now?
There’s eight of us – me, Marcus Hamblett, Patrick Elias, Emma Gatrill, Cathy Cardin, Alastair Strachan, Will Calderbank and Julian Owen (although he’s not on the album). Tom is travelling at the moment and has been out for a while.

We used to religiously rehearse every week. But as things have got busier and people played with other people, the weekly thing does not happen any more… No, it’s impossible. But the songs from this album are so ingrained in us that it isn’t a problem. We’ve been rehearsing and playing them live for about three years. 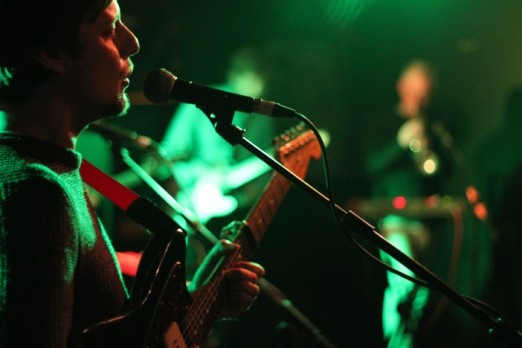 How do you write the songs?
I will bring the framework of a song and demo it with Will and then we take it to a rehearsal and share ideas, talk about what might work. It might go to Marcus and Patrick to pick away at stuff and add some melodies. Then it will be the girls, and so on. It’s all suggestion and then sometimes we just go for it. I’m fortunate to play with a bunch of musicians who just ‘get’ each other. Everyone picks things up right away, they all understand the aesthetic of the music.

There’s a few groups in Brighton, including Physics House Band and Soccer96 (now two thirds of the Mercury Prize-nominated The Comet is Coming), who have that jazz approach to structuring rock songs which the Sons have always had. But perhaps because of the sort of bands on the Willkommen label, people often associated you with the folk scene…
The folk label is weird. A lot of what is called folk music these days are really singer-songwriters, which is great but it’s not us. The folk music I used to listen to you wouldn’t really call folk. There are folk elements but it had weird instrumentation like hurdy-gurdies and it was really aggressive. Not what you’d call nice music.

That’s part of what the Sons do – it’s not pop, it’s quite fierce and nasty. But I guess what makes it folkish is that sense of community, where everyone just turns up with their instrument and plays together, and that’s really nice.

You’ve been ploughing this furrow for about ten years and now there are a number of new bands, not exactly doing the same thing, but who have a similar vibe.
Yes. I like the music Danny Green (ex-Sons drummer) is doing in Laish. People pigeon-hole him as a folk musician but that isn’t really how I see him. He was always an experimental pop writer.

And then there’s Kristin McClement (Brighton songsmith, also on the Willkommen label, previously featured in Brighton Source) who is a hero of mine. There’s such a gravitas to her music – it sounds important, the songs are serious. There are a load of female singer-songwriters now, but not one who sounds anything like Kristin.

Even after all this time the new album feels like a progression. It sounds like other influences have crept in.
‘Knots’ was quite like the first album. I stood back from the production on that one and every track feels quite dense and heavy.

But the new one sounds lighter and different. And there’s a dynamic that sounds very now, yet very original.
The new album was recorded at Brighton Electric, with Ben Hampson, which is where we always record. It only took two weeks to record the main parts and then it was just a case of doing overdubs and mixing. But it is a lot lighter in some ways. Doing the backbone was easy because we’d played these songs a lot.

Over the years I’ve taken more of an interest in how you could broaden your palette with technology and sound, messing around with the sounds of a guitar. That’s what I’m really interested in. 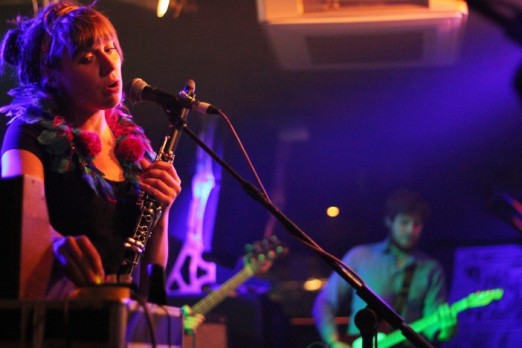 People often comment on Cathy and Emma’s vocals giving the sound an extra dimension, an added warmth. On the new album, they’re singing but their vocals are used more like instruments…
And they are, literally, experimenting with dissonance and harmony in their voices, almost like a lead guitar.

Where does the album title ‘Turquoise, Purple, Pink’ come from?
It’s a description of a sunset. It symbolises closure on a lot of things.

And as a newfound family man, what’s the last song ‘I Love You So Much I Could Stab You In The Eye’ about?
People say things and they just stick in your mind. And somebody said that to me one time. It was powerful and I thought ‘oooh, that’s interesting’. And the song itself is in-your-face and hectic which sounds like that feeling to me.

Tell us about some of the other new tracks.
The song called ‘So Obscene’ is also quite emotive, about being not accepted and being asked to leave somewhere because you don’t fit in. It was about somebody else not fitting in. For me, that song is a sad song.

‘Perseus’ is quite random. She was a woman I used to work with, a really interesting person and I just liked her name a lot. But it’s an abstract connection because the song is not about her specifically.

‘Lay Down In The Drone’ has a longer full title we didn’t use, but it’s about day-to-day living.

‘Children Of Lewes’ is not about anyone in particular. I lived in Lewes for two years and I see things visually, like a painting, so the song was imagining children, a landscape and the horizon in this lovely little English town.

Do you have any promotion planned for the album?
Not really, not yet. We are so last minute. Although we do have a week’s tour in Germany in February. And there should be a BBC Radio session. We are thinking of doing a gig in Brighton, somewhere small with a good vibe. And I’m doing some new things with a new band which I hope to release soon, under the name ‘Drama’, which I’m really excited about. 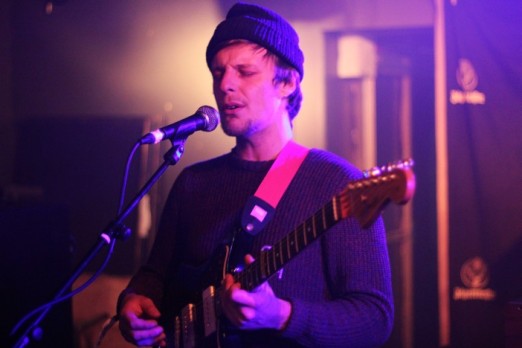 You can hear Sons of Noel and Adrian’s new album ‘Turquoise Purple Pink’ over at Bandcamp where you can also order it on vinyl, CD or download:

Jon Southcoasting photographs all sorts, including music, writes about things, as often as not musical, and sometimes plays his own songs too. He lives in Brighton.
← PREVIOUS POST
Yellowcard, Wed 21st December
NEXT POST →
The Glory Of This Imperfection, Until Dec 10th
Mailing List
Recent Posts
Website developed in Brighton by Infobo
Copyright © Brighton Source 2009-2020
Interview with Jacob Richardson of The Sons of Noel and Adrian - Brighton Source